Extreme local weather events, such as heavy rainfalls that are limited to certain regions, are increasing in their frequency and intensity, but are often not recorded by the national warning centres. In small and medium-sized river basins, water levels may rise rapidly, and often do not leave enough time to issue warning alerts. Insufficient registration of such recurring events, in addition to limited coping strategies, pose major challenges to local government units and their communities. 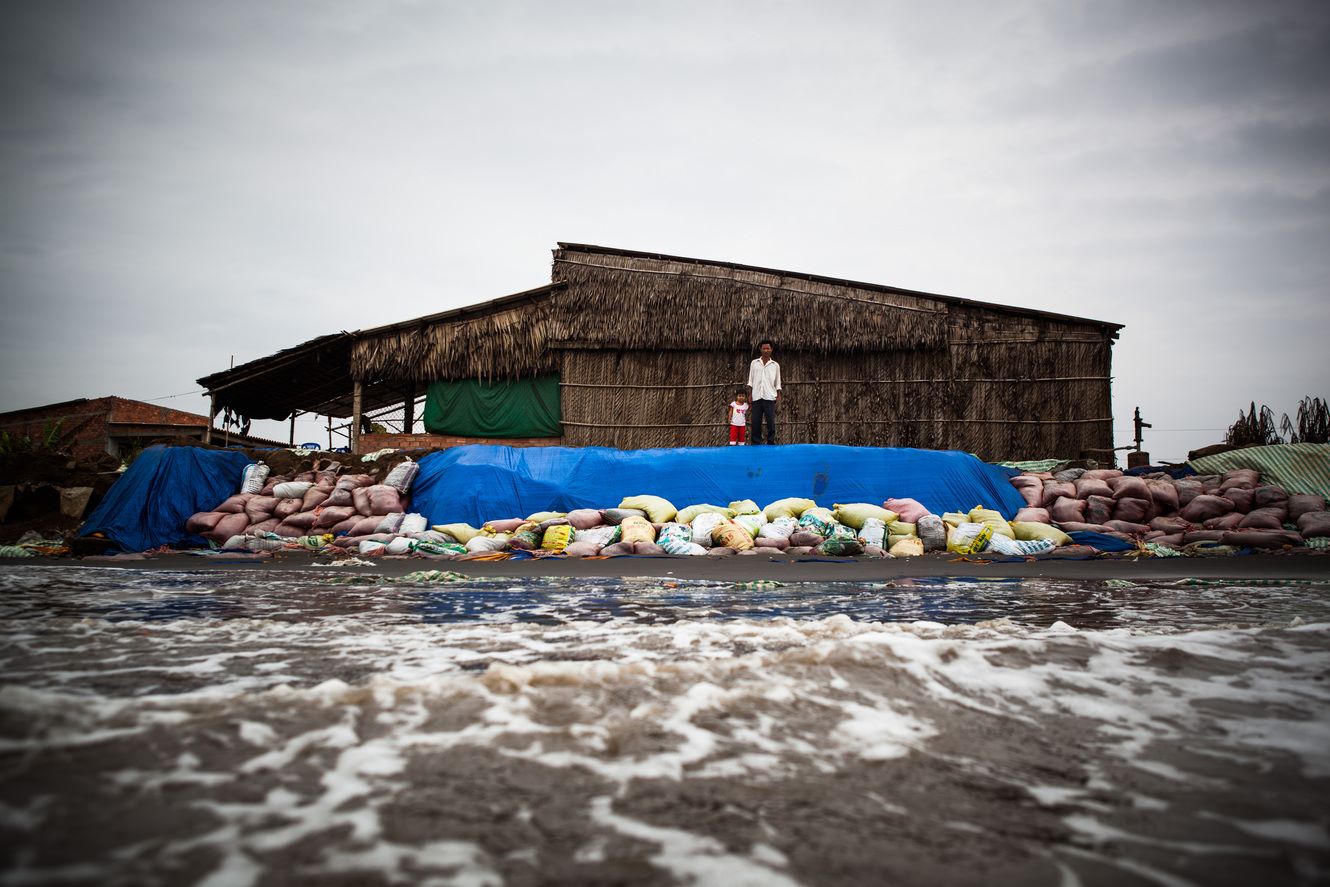 To avoid damage and losses related to flood risks, we offered a flexible, robust and cost-effective local early warning system that can be operated by local government units to enable communities to respond to warning messages appropriately and in a timely manner. Thus, evacuations can be initiated and material goods can be protected. In this way, a comprehensive and sustainable contribution to disaster risk management was made at the local level.

The Deutsche Gesellschaft für Internationale Zusammenarbeit (GIZ) GmbH has developed an integrated approach for Local Flood Early Warning Systems (LFEWS) in the Philippines. LFEWS combine the capacities of the national meteorological authority, local government units and the communities. The approach focuses on small to medium-sized river basins and is tailored to local conditions. Where necessary, the system may be supplemented with GIS data and satellite information. Data on the extent and frequency of rising water levels provide important information for risk maps that can be used to prepare or adapt land-use plans.

The prevented damages and losses associated with flood events significantly ease the financial burden on private households and district budgets and usually amortises the costs of running and maintaining the LFEWS within a few years.

When the early warning system measures a potentially dangerous rise of the upstream water level as a result of heavy rain, the information is automatically sent to a local operations centre, which in turn informs the districts at risk. From there, a warning message based on standardised alert levels is disseminated to the communities, using simple but effective communication channels. Disaster response teams and authorities in the districts have been trained and equipped to support the process. A network of evacuation centres provides shelter if a disaster strikes.

Within the framework of the GIDRM, the LFEWS approach was replicated in other regions that present a similar risk profile. A pilot project in Vietnam was launched in 2014; fact-finding missions have also been conducted in Myanmar and Thailand.

In addition to the customized replication of this proven approach, the integration of innovative real-time forecasting technologies is planned within the context of GIDRM I. Furthermore, a systematic connection with national early warning systems, such as for tsunamis or cyclones needs to be ensured. The institutional capacities that are established at the local government unit level through LFEWS can facilitate this process.

Besides further improvements in local early warning relating to heavy rainfall and flash floods, another focus was on the integration of landslides and appropriate and precise landslide early warning mechanisms. Pilot measures have been running since 2010 to test the performance of motion sensors.

In close cooperation with the Philippine partners, including local government units as well as the Department of Science and Technology (DOST) and the Philippine Atmospheric, Geophysical and Astronomical Services Administration (PAGASA), GIZ has implemented 16 LFEWS in twelve provinces across the country, from which 750,000 people have been benefiting since 2007.

To further develop the local early warning system approach, GIDRM I closely cooperated with the University of Potsdam in Germany.

GIDRM I also collaborated with three partner projects in Thailand, Vietnam and the Philippines. 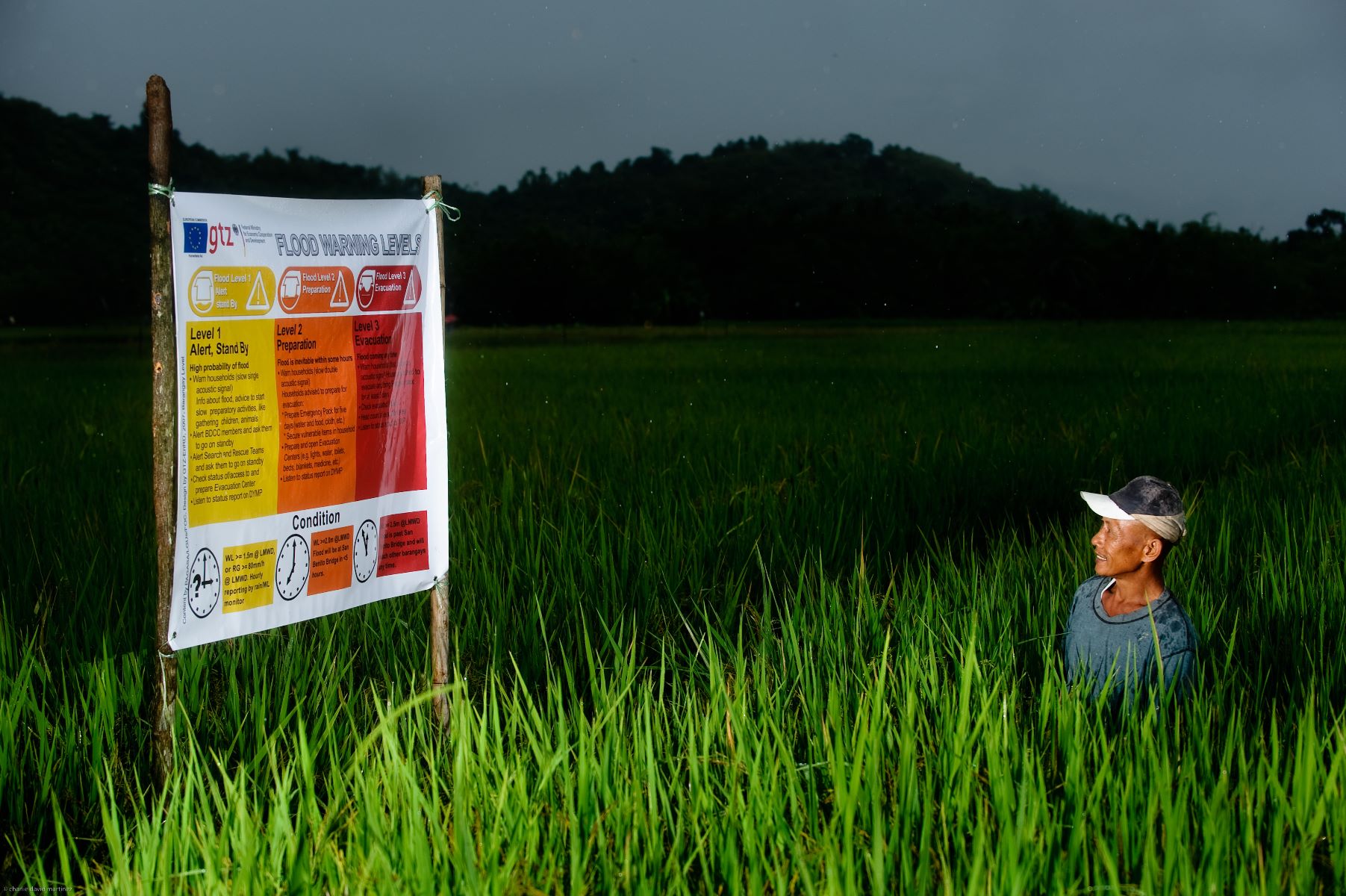 For more information on GIDRM I and early warning systems, please visit our resources.